If so most people whinge about it on social media, I have certainly been one of those, but it’s time to stop whining and start fighting back. This website and our regular newsletter will be a place where we can begin to fight back by encouraging people of similar values to come together and share their opinions, their values an their hopes for our nation and importantly it’s future.

It’s a future we need to influence by getting back into the fight against those with opposing and even nefarious views and objectives for this great country.

From this week I am starting to include things such as opinion pieces, interviews and videos through this online forum for the purpose of pushing back with conservative values against the relentless attack by the more insane types from the left on what has been considered normal values within our society.

As a conservative I believe in

These are strong concepts that a great society has been built on and can continue to be built on, yet every day these 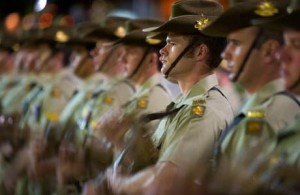 values are under attack in the media and in our institutions. and from the left in our politics. All of this through a sanctimonious attitude of moral superiority to the rest of us.

They are imposing on people’s freedom of opinion, movement and association? They are trying to impose their way of life on the rest of the population, on our freedom of choice, on how as individuals, families and business we can live.

Piack up a paper, watch the tv, or get onto social media and you will see example after example of  minorities from the left fundamentally trying to change our society and the way we live. For instance, there have been consistent campaigns over the past twenty years looking to change marriage, our constitution from a commonwealth to a republic, the date for Australia Day, indigenous reconciliation and now it seems the most recent target that is emerging is ANZAC day. All of these are examples of agenda causes where the left just keeps coming. It seems nothing satisfies their thirst to change our society and in the process paint us a nation of racists and bigots. 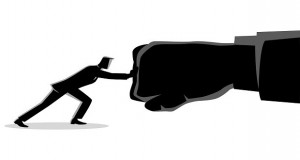 The left loves to put about the perception that if you’re a conservative you are resistant to change and stuck in the past, hence why the left has kidnapped the term “progressive” to label themselves. Progressive should be a great adjective of the English language, now, however, when I hear the word all I think about is insanity. Conservatives are not against change, they just are not supportive of change for change’s sake. Some of the country’s greatest initiatives have been implemented by conservative governments. The Menzies and Holt governments oversaw the dismantling of the ‘White Australia Policy’ in the 50’s and 60’s for example. Howards government introduced the GST and brought in our gun laws after Port Arthur. Even the Abbott/Turnbull governments brought about same-sex marriage after Labor governments talked a lot about it for six years and then did absolutely nothing. 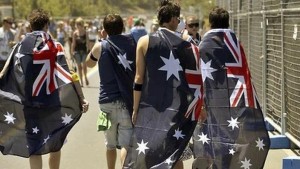 act, are a glowing example of the damage that can be caused by changes brought about by thought bubbles just to seem progressive. The NBN, cash for clunkers, Pink Batts, renewable subsidies, nine hundred dollar cheques (even to deceased), continued increased education funding that isn’t aligned to results and funding for school halls are all prime examples of ill thought out changes and initiatives that simply wasted billions in taxpayers money and were pure virtue signalling that delivered vastly inadequate results to what was promised. Do you remember Kevin Rudd walking around with fake laptops etc in the 2007 election campaign promising every student a computer? How did that work out? Being resistant to change until you know that change is viable and will be of benefit is not a negative it is a virtue.

Throughout these issues, the left simply pushed and pushed until they got their way and then pushed even further with their insatiable thirst for more even if it was unjustified and ill-thought. I actually in a funny way admire them for it and wish conservatives would discover this same determination to fight for what they believe in. You can always learn valuable lessons from your opponents and conservatives need to learn in a hurry!

If we don’t we will see many of the values that have established this country under attack and in dire threat.

Historically, what do conservative like myself do? on the whole we turn the other cheek, cop it on the chin and get on with our lives, as it’s just not worth it; after all, we have jobs, careers, families etc to organise and look after. Life is too busy to debate with a fanatical lunatic who is pushing agendas that we have no interest in. After all who has time on a Monday to sacrifice work and pay to demonstrate on city streets and invade farms?

Unfortunately, these types from the left are infesting our bureaucracies’ in education, health, police, defence and a variety of government departments along with our media and political parties. Even the liberal party has endured a disastrous case of the “loonie left virus”. Thanks Malcolm! If the left continued to be ignored they will affect every aspect of our way of life, in fact, they are already doing it, just look at Energy, Transport, Agriculture, Personal faith, marriage, family, gender, education, safe schools and now bloody vegans.

So rather than be a hypocrite and a typical conservative I have launched this website to recruit and educate others to the cause, whether they are already like-minded conservatives or others we can recruit across from the dark side. It’s about time we got on the front foot for a change.

It’s time for those of us on the centre-right to start speaking out, its time for us to fight for our values and our society, because if we don’t you can rest assured the nuts on the extreme  left will and they will fight hard and long to change this society to reflect their values and views of the world. We need to start challenging them at every step and becoming as organised as they are. God help us all if they win out.

So if what I read resonates you can do four simple things in helping to push back.

(2) share them to like-minded people and let’s start pushing back!

(3)You can also subscribe to our weekly newsletter so you don’t miss any articles via our subscribe option on the right hand side of our home page. This is important as it ensures if anything untoward happens to our twitter accounts you will still receive our articles.

(4) Become a contributor, if you are capable of writing an article and have something to say then send it on to us and we will publish it.

(5) Finally, It costs money to mount this effort as a business, if you can help us by contributing (even if it’s just a small amount ) to the cause, you also do so via the donate button on the bottom right corner of our this or any  page on this website. If you can’t help out and many won’t be in a position to do so, see if you can spread the word to people who can.

My goal is to publish articles at least every two to three days so keep an eye out and enjoy the read. Become involved in whatever way you can and lets begin creating a conservative force that can exchange ideas, create policy platforms and lobby politicians, bureaucracies and governments across the nation.